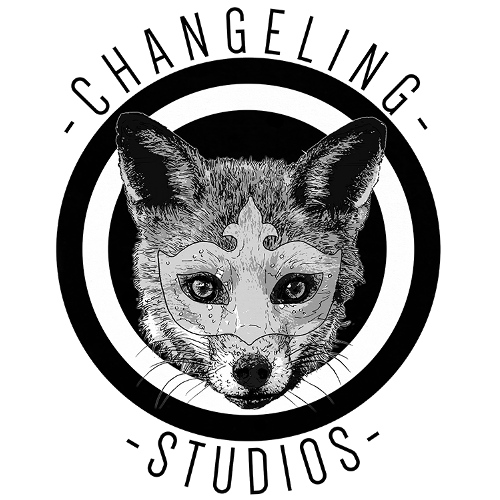 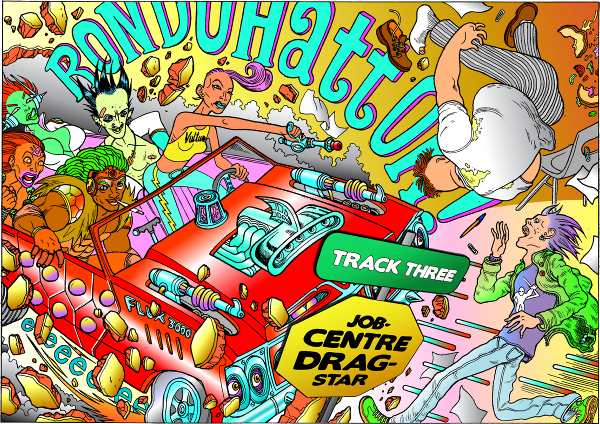 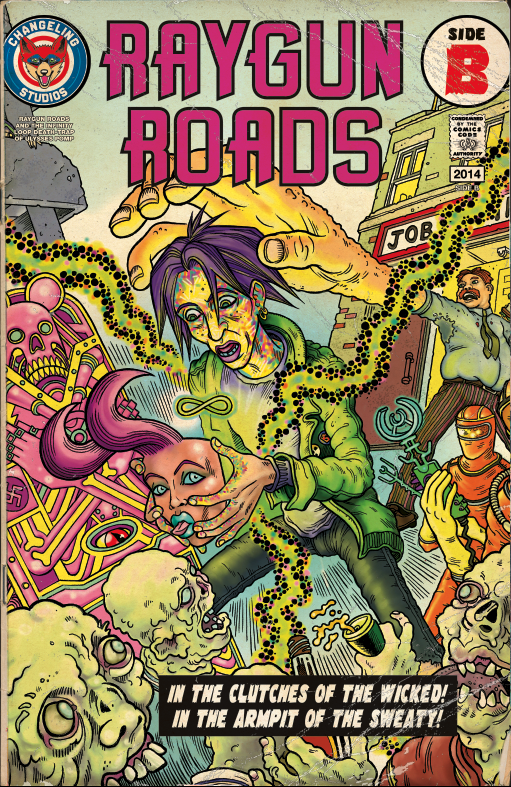 It’s almost Halloween – Who wants to get sweaty with a bunch of goblins? To celebrate Raygun Roads getting shortlisted for a British Comic Award, Vince Paradise & The Kittelback Pirates are playing a show in Leeds as part of an epic pre-Thought Bubble party of live music and art.

Here’s the event description from our chums at Assemble House & East Street Events:

Supported by Assembly House Studios and East Street Arts, we invite you to join us for an evening of music, performance and art to warm everyone up for the madness of the Thought Bubble Sequential Art Festival weekend.

The event is free and open to all who wish to attend. Alcohol will be available, but you are more than welcome to bring your own.

Feel free to step back and enjoy the show, or even jump on the stage and show us what you’ve got. For those who wish to perform we can provide access to a guitar amp and PA system.

We’ll also have a live art wall set up, where comic book creators and members of the public can get loose and sketch up whatever they wish side by side.

And more to be announced…

There will also be opportunities throughout the night for those who wish to perform to do so, so bring your instruments, bring your voices, bring your dancing shoes and bring your pens….and we’ll have a crazy art fuelled night.

Doesn’t that sound like utter chaos? Great, isn’t it!

Entry is free and everyone is welcome (unless you’re a dick)!

A limited run of 20 Gatecrass Stage event gig posters (created by the mighty Mark Penman) will be available for purchase at the show.

Join us for a night of mayhem in Leeds.

We can’t wait to suck on your supernova The bad news is comiXology rejected Raygun Roads like that sexy little number you tried to french at the school disco in year 9. Rejected. So. Hard.
This is due to legal issues and potential copyright infringement.

Raygun Roads was always intended as a purge of anger and love. Starting out myself and Brad Tuttle never thought this comic would find such a passionate audience, nor any audience at all. Which is pretty obvious, when you witness what a deformed little comic book we made together. Under the impression we were creating something tethered to the underground we included album covers, film stills and product placement in flagrant breach of copyright. Because Raygun is a Frankenstein creation of trash culture. Because it was fun. Because we had no money and you can’t sue a straw man. Just because.

As a result, comiXology cannot be responsible for hosting the book. Which is entirely understandable, if a little disappointing. The whole Raygun Roads team would have loved the opportunity to contaminate the minds of the much wider audience comiXology provides.

But like the video nasties, moonshine hooch in the 1930’s and the explicit cut of that Robin Thicke music video, prohibition only stokes desire.

Thus, you can still get hold of Raygun Roads directly from changelingstudios.com in digital form (with a 2nd print on sale from April 19th) and you can read (and hear) the comic in its entirety with a digital soundtrack right here.

What can we say? The Kittelbach Pirates love ya.